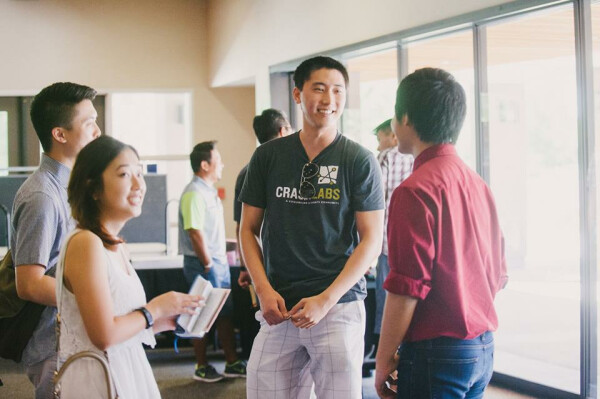 As the pastor who oversees the ushering team at Crossway, I’ve had to ask that question many times, and I’m so thankful and blessed by those members who have committed to serve on our ushering team. They come by before service to prepare and pray with the other servants for worship and are ready to greet church goers with a warm welcome.

However, for whatever reason, often times ushering gets a bad rap (Usher is an ok rapper though). - It’s considered the bottom of the totem pole when it comes to serving, or it’s the low commitment way to get your feet wet if you’re considering serving. It’s a position that you take if you have no musical talent or you don’t like kids. Or even, it’s a way to get out of service early after offering.

And maybe after years and years of thinking this way, without any corrective thinking, that’s just what became of ushering.

Today, I’d like to offer the correct way to think of ushering. And it’s not from my own opinions or what I think ushering should be but from God’s very own personal words to us.

In the Old Testament, the Sons of Korah were doorkeepers and custodians for the tabernacle (1 Chronicles 9:19–21; 1 Chronicles 2). Look at what they say about ushering in Psalm 84:

V1 How lovely is your  dwelling place, O Lord of hosts!

V4 Blessed are those who dwell in your house, ever singing your praise! Selah

V10 For a day in your courts is better than a thousand elsewhere. I would rather be a doorkeeper in the house of my God than dwell in the tents of wickedness.

For the Sons of Korah, this is where they wanted to be. It was of the highest honor to be in God’s presence. Ushering for the Lord is of the highest privilege as you stand and welcome others into the very presence of God. Let that stew for a second...you’re not working at the Apple store welcoming people into the presence of iPhones and iPads, you’re standing at the foot of God’s church welcoming people to meet with the holy, all knowing, all powerful, and all loving God of the universe.

The concept of ushers is very biblical actually, and very necessary. In the Old Testament, they were there to collect money (2 Kings 22:4), to guard the gate of the temple (1 Chronicles 9:19) and ushers were even present in Ezekiel’s vision of the future temple (Ezekiel 40:45-46).

In the New Testament, Jesus had ushers as well, they were called disciples. They prepared the way for his coming, they introduced people to him, and they directed people who had come to hear him speak or to be touched by his healing hands. Remember when Jesus had to serve five thousand men plus women and children with 5 loaves of bread and 2 fish? Who went around to serve that? The disciple ushers.

The role of ushering then, was of the HIGHEST PRIVILEGE and BIBLICALLY NECESSARY.

If so, please click here or point your browser to

Find out what's going on currently at Crossway Church.